The history of The JAPAN ASSOCIATION OF CLASSICAL MUSIC PRESENTERS

The Incorporated Body The Japan Association of Classical Music Presenters (Classic) is an aggregation of those who are concerned with the management of classical music in Japan. It was formally recognized the Japanese Government in 1994.

In 1948, five managers from Tokyo got together and organized "The Music Managers' Club": the predecessors of the present The Japan Association of Classical Music Presenters. Two years later, in 1950, it was renamed "The Music managers' Association ". It gradually increased its membership, and when its membership reached nineteen, it started its activity as an association. From 1955 to 1960, provincial orchestras and music organizations joined the Association, thus rapidly increasing its membership and further expanding its activities.

In August 1990, at the Suntory Hall Tokyo, the Association held a music festival called "Classical Music's Day" in commemoration of its 40th anniversary and with a view to increasing its membership of classical music fans. The same festival was held again in September 1993 at the Tokyo Geijutsu Gekijo.

In November 1999, the Association was renamed " The Japan Association of Classical Music Presenters". Since then it has been engaged in various activities as an association formally recognized by the Japanese Government.

Presently enrolled on the list of membership are 93 companies comprising 48 members and 45 patron members. Their types of business are varied from music management companies to orchestras, concert halls etc., thus making the Association a comprehensive organization of members of the classical music industry.

The aim of the association is to increase the number of the audience of classical music and to contribute to the development and advancement of the culture of classical music. To accomplish these aims, we have been drawing up such plans as an international symposium, concerts to popularize classical music, marketing research, and collaboration with the artists to activate their activities at the provincial halls.
Date: 1/01/2013 Category: 組織 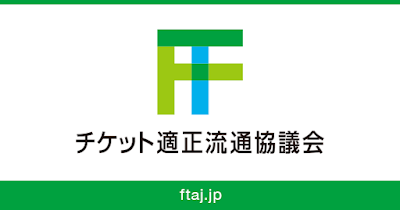 Measures Against the Novel Coronavirus